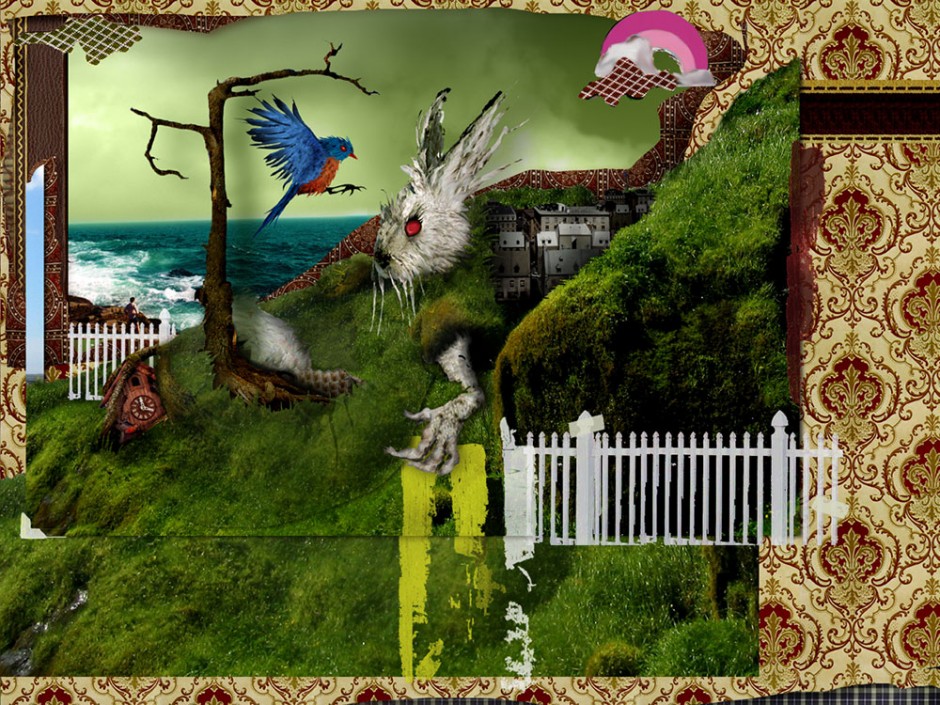 The Fragile Circus is an animation series that takes place in a surreal world of animal human hybrids where tragic stories of longing and loss are carried out within heart-stirring dreamlike vistas. 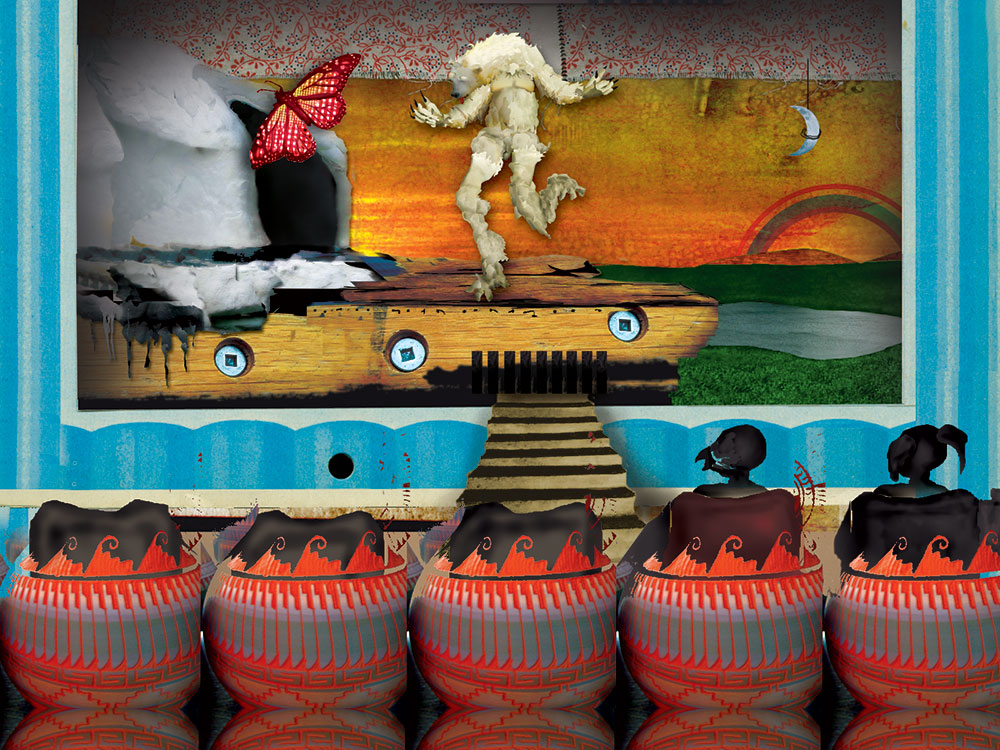 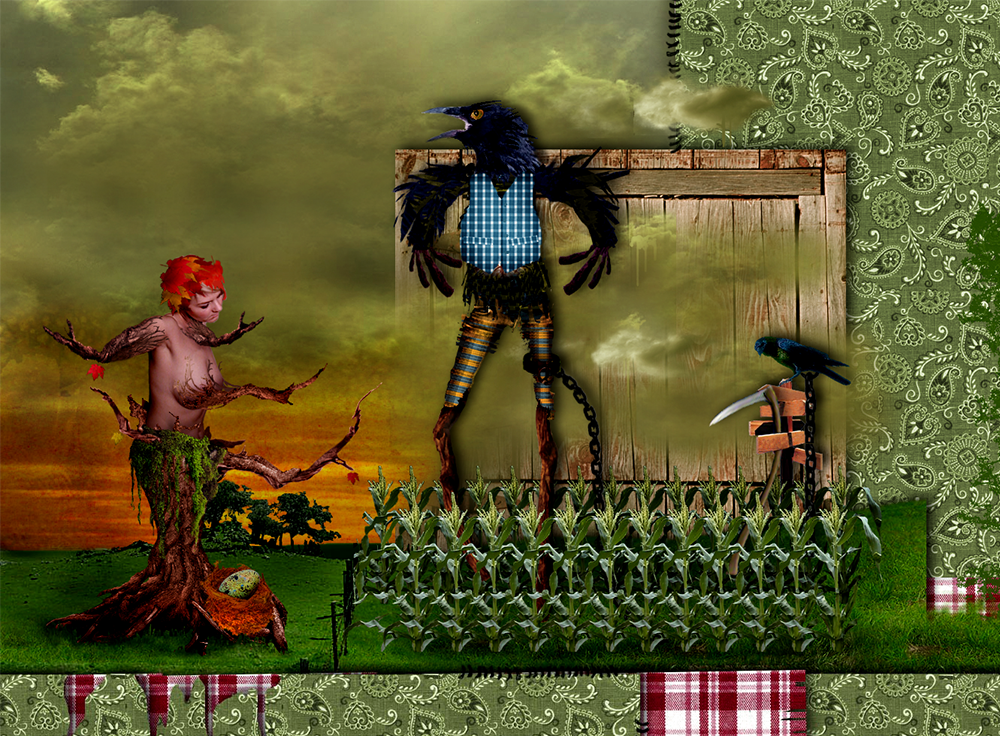 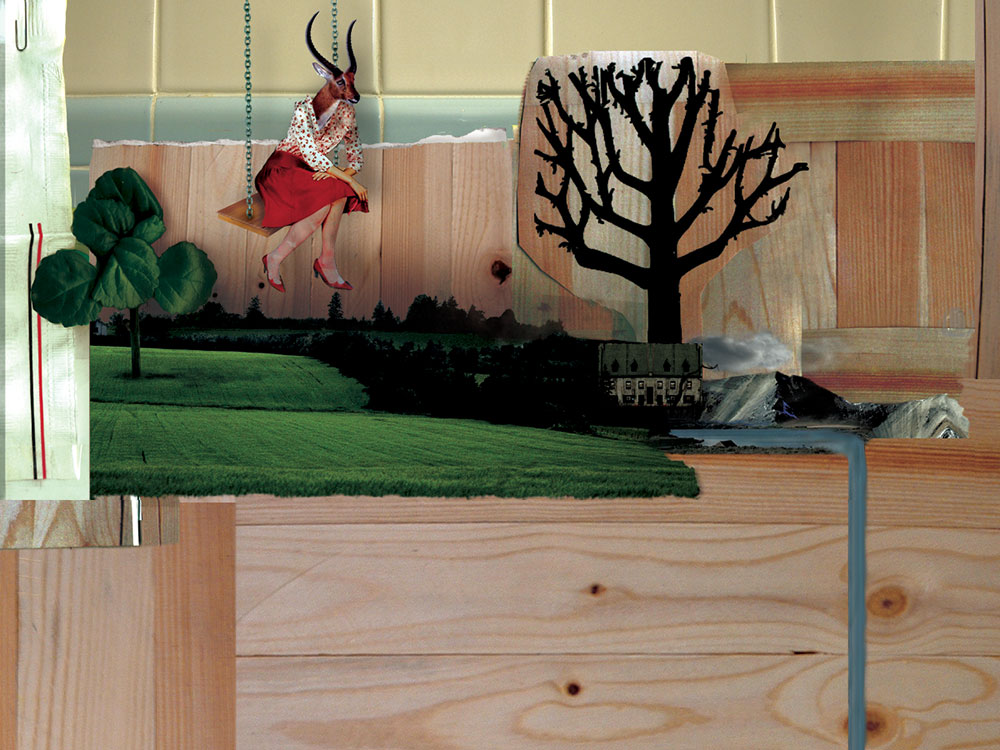 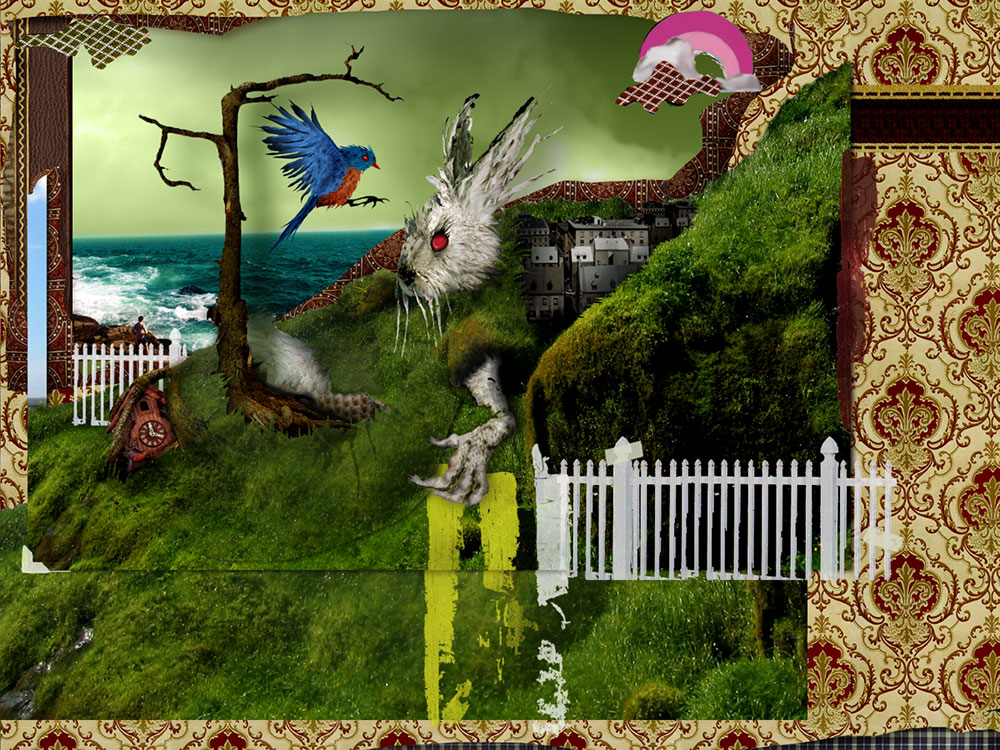 While living in the resort town of Banff, Alberta, I was exposed to nature in a very un-natural way: a sense of the familiar in the unfamiliar.  The wild is on display here.  It is a performance and the animals are the celebrities.  Tourists, like paparazzi, steal snapshots of grizzly bears and parents actually try to ride their kids on the backs of elk grazing through garbage. It’s Alberta’s own little freak show where land and creature are passive performers.

Because of this engagement, I see nature and its inhabitants with emotions that fit into our social conditioning. Since they are so closely exposed to our society, they are at once creatures of the wild and slaves of our misgivings. The characters in The Fragile Circus are personified and narratives have been imposed. They are placed in very human situations that, at a glance, can be somewhat entertaining, yet on a deeper level can harbor very tragic feelings.

With the interactive online series, the user plays the role of the intruding tourist – poking and prodding the creatures with attention, forcing them to perform. Below are a series of short animated films within the world of The Fragile Circus:

The Tourist + The Picket-Fence Prison

The Tourist & The Picket-Fence Prison is faction of an ongoing animation series called The Fragile Circus where tourists are ruthless scavengers that feed off other creatures by taking their photo. In this case, a curious tourist invades the privacy of a lonely pine tree. (3D Animation by Trent Noble and sound by Jon Cohrs)

Magpie & Stump is a faction of an on-going animation series called The Fragile Circus. Within a stage setting, a pesky magpie disturbs the peace and quiet of an old fat moose in order to steal his antlers for his ultimate perch. (3D Animation by Trent Noble. Music by Dallas Erickson)

An old and weary actress is literally falling apart backstage in her dressing room. In spite of the apparent travesty, she still manages to pull herself together in order to pose for a few glamour shots. (3D Animation by Trent Noble)