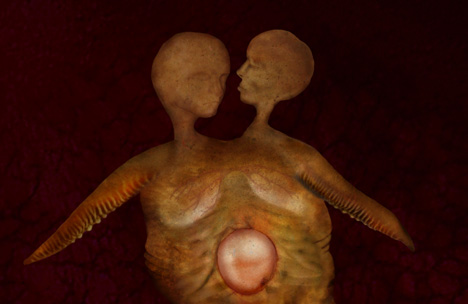 This was a proposed animation project that was refused funding. WOMB was to be a short 1-2 minute animation developed in stereoscopic 3D. A highly expressive story of life before life, life within the womb. The film is seen through the eyes of an unborn child, which is never seen directly, and the structure of the film is composed securely to music and audio, which drives the animation.

In the 70s, the @bnabrewing building was home to B

Pledging to draw more and scroll less with this mo

Now on shelves, Thriller. This one inspired by Sau